A characterization of quasi-perfect equilibria

A characterization of quasi-perfect equilibria 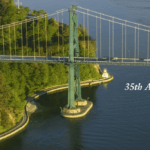 This website uses cookies to improve your experience while you navigate through the website. Out of these, the cookies that are categorized as necessary are stored on your browser as they are essential for the working of basic functionalities of the website. We also use third-party cookies that help us analyze and understand how you use this website. These cookies will be stored in your browser only with your consent. You also have the option to opt-out of these cookies. But opting out of some of these cookies may affect your browsing experience.
Necessary Always Enabled

Any cookies that may not be particularly necessary for the website to function and is used specifically to collect user personal data via analytics, ads, other embedded contents are termed as non-necessary cookies. It is mandatory to procure user consent prior to running these cookies on your website.

We are happy to announce that our co-founders Nicola Gatti and Alberto Marchesi won the prestigious Best Paper Award at NeurIPS 2020 shared with CMU, UC Berkeley and OpenAI.

Their winning paper “No-Regret Learning Dynamics for Extensive-Form Correlated Equilibrium” solves a long-standing open problem at the interface of game theory, computer science, and economics and can have substantial impact on games that involve a mediator, for example, on efficient traffic routing via navigation apps. (NeurIPS committee).

In this record-breaking year of 2020, NeurIPS has more than 18,000 participants and 9,467 submitted papers. In this impressive international AI competition, Nicola‘s and Alberto’s paper emerged, giving to Italy a price which has been missing for 15 years. Congratulations to them!